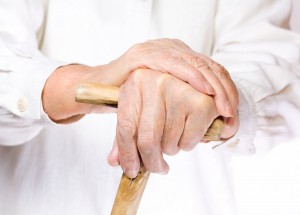 Federal reports show that the number of Americans suffering from arthritis is on the rise. The leading cause of disability in America, arthritis, costs the country $65 billion annually in lost productivity and medical care. According to the CDC (Centers for Disease Control), arthritis has increased in number by 750,000 per year since 1990. Worse, the CDC predicts that the US will have 60 million people with the disease by 2020, compared to 43 million in 1997. More than 11 million people will be affected by the condition out of 60 million.

Osteoarthritis is the most common type of arthritis. About 70% of those over 40 have at minimum x-ray evidence. Osteoarthritis usually affects two types of joints: those that support weight (e.g. the lower back, hips and knees) and those that perform repetitive motions (e.g. the hands, wrists and shoulders). Osteoarthritis may also occur in injured joints such as the vertebrae in the neck following a whiplash injury, or the knees of football players.

Arthritis Treatment: The Role of Cartilage 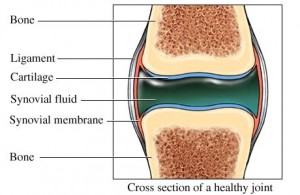 Anatomy of a Joint

A joint is composed of two bones that are connected by a capsule made of ligaments. A thin layer of cartilage is found at the ends of each bone. This cartilage layer acts like a cushion between bones and absorbs the strain on joints when they move.

Collagen - Strong but not indestructible

Even though cartilage is strong, it is susceptible to damage from injury. Cartilage is composed of collagen protein strands that form a strong, mesh-like framework. Proteoglycans are substances that hold water and act like sponges. Water is sucked out of the mesh when weight is added to cartilage. The water will return to the mesh if weight is removed.

It is hard to heal cartilage

Because cartilage doesn't contain blood vessels, it makes it more difficult to heal injuries. It does not have nerves. This means problems can go undiagnosed until there is significant degeneration.

Chrondrocytes are the Key to a Delicate Balance

The normal balance between building up and wearing down cartilage cells (called "chondrocytes") is similar to that of our skin. This delicate balance is vital for the health and well-being of our joints.

Understanding the cartilage balance of our joints is key to understanding the costly mistakes in medical treatment for osteoarthritis. Here's why. Osteoarthritis causes cartilage to wear down more quickly than it can be rebuilt, and it does so gradually. It is reasonable to conclude that any activity that encourages the growth of cartilage cells will be beneficial to the joint. Conversely, anything that promotes their destruction would be detrimental to the joint. Now you have the knowledge to understand the Osteoarthritis Epidemic.

Even though the results are not conclusive, a new study published in the Journal of the American Medical Association shows that NSAIDs could actually increase your risk of having a heart attack.

"Even though the study is not perfect, the findings cannot be thrown into the wastebasket." He warned, "Because so many people use the drugs - more than 2 million prescriptions will be written this year - we had better pay attention to this observation".

Chiropractic doctors can offer exercise counseling to help you select the best exercises for you. Talk to your chiropractor if you have a sore joint that prevents you from exercising. He can also recommend other pain relief options such as heat or cold. Your doctor of chiropractic will also help you select the right supplements to aid in arthritis prevention and treatment.

Our office has had the privilege to help many people with headaches in our community. We specialize in Arthritis relief for difficult cases. Call our office today if you are tired of Arthritis and want to find alternative treatment. What Is the Best Rheumatoid Arthritis Treatment?

Rheumatoid arthritis (RA) is a disease which causes pain, swelling and inflammation of joints, ligaments, tendons and surrounding tissues. It affects up to 1% of population in Europe and North America. The cause of this condition is unknown. There is no cure for it.... How to Get Rid of Rheumatoid Arthritis Naturally, Without Drugs

If you are struggling with rheumatoid arthritis and looking for ways to cure this disease, then look no further than natural remedies. It may seem strange that there is a solution to such a common problem and you might wonder why people don't just go straight to the... How to Deal with Psoriatic Arthritis

The most common symptoms of psoriatic arthritis are joint pain and stiffness. These can sometimes lead to swelling in the affected joints. The other major symptom is red, raised patches on the skin that look similar to those associated with eczema and dermatitis. It’s... 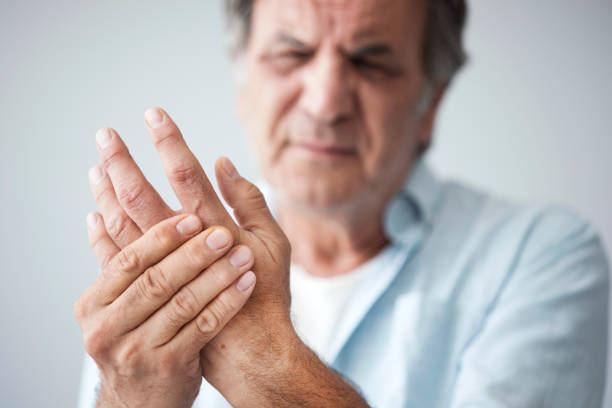 What is the best way to treat arthritis?

Arthritis is a problem that affects more than 50 million Americans which makes it one of the most widespread chronic illnesses that we have in the US. There isn't a cure for arthritis but there are several treatment options available that can help lessen the effects...